CLEVELAND, Ohio - The buzzwords "farm-to-table" have graced the menus of every chic restaurant that's opened its doors in recent years. As diners, we've become accustomed to fresh, seasonal specials, each crafted from locally-sourced ingredients. In Cleveland, the agriculturally rich state of Ohio has been a force in propelling the dining scene forward.

But behind every dutifully curated, chef-driven eatery are the farmers who dedicate their lives to each intricate piece of the puzzle. And beyond raising crops and animals, there's the task of actually getting the goods from point A to point B. As demand increases, farmers are forced to find a balance between their work and the time-consuming coordination of transportation.

The co-founders of Farm Fare - Laura Adiletta and Cullen Naumoff - wanted to connect the dots. When they launched their business-to-business online marketplace one year ago with the support of Daniel Conway of Great Lakes Brewing Company, it was an experiment in becoming that missing link to the "farm-to-table" movement.

Farm Fare then delivers products to local restaurants, schools and institutions. Restaurants like Market Garden Brewery and Plum Cafe and Kitchen and school districts including Rocky River and Maple Heights have already begun using the system. Food hubs pay a transaction fee for each sale processed and never have to buy a truck or hire a delivery driver. Buyers pay a small delivery fee.

Adam Stafford, chef de cuisine at Gordon Square's Spice Kitchen and Bar, inputs his order on the app every Sunday night. Through Farm Fare, he's been introduced to new purveyors, like Middlefield Cheese and Miller Farms. And that translates to more innovation on the menu and more time Stafford get to focus on the kitchen.

"It makes it that much easier for a chef such as myself - who's not terribly blessed with a lot of free time - to obtain some of the great products coming from Ohio farms," Stafford says. 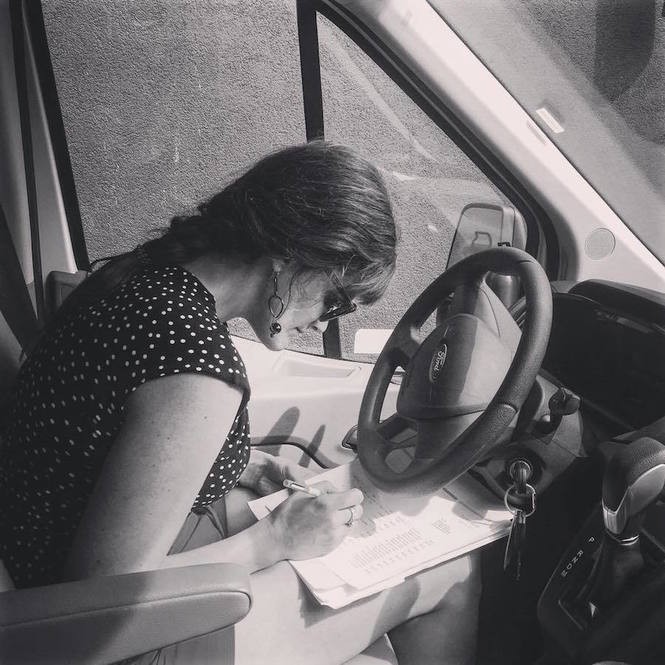 Reconnecting with food, far and wide

"We've become really disconnected from our food," Adiletta says. "You don't know the people who pick the food, the people who deliver it. The total miles that food is logging from farm to plate, and the middle men involved, makes a highly drawn out process that saps a lot of the value. If you think about what you're paying as a consumer and what the farmer's receiving at the very beginning, they're taking such a small chunk of those sale dollars. In the U.S., for every $1 retail sale, the farmer only brings home an average of about 7 cents."

Every week, Nick Ziegler, a fifth-generation farmer and co-owner of Lettuce Heads Aquaponics and Farm in Wellington, has a food hub manager enter the farm's availability into Farm Fare's system. Reaching new buyers has helped Lettuce Heads understand what's in demand and finely-tune what they grow, which alleviates food waste. He and his fellow farmers now spend more time perfecting their crops instead of making as many small deliveries.

"It helps us stay on the farm more, which is absolutely what needs to happen," Ziegler says.

The model has potential to spread far beyond northern Ohio. As Farm Fare sees it, it's a way to help us get back in touch with the food system and make it easier for even more places we eat to begin buying local.

For Farm Fare's creators, it was a match from the start. Adiletta had made a name for herself as a local food scribe and a chef, getting to know both restaurateurs and farmers on an intimate level. Naumoff was a co-founder and director at the Oberlin Food Hub and has a background in industrial engineering and economic development. Conway's involvement gives him another outlet to support the farmers, industry and craft movement that have created such success at Great Lakes Brewing Company over the years.

"A lot of local food-related technology comes from people in software," Adiletta says. "We come from food and beverage and agriculture and sustainability first." 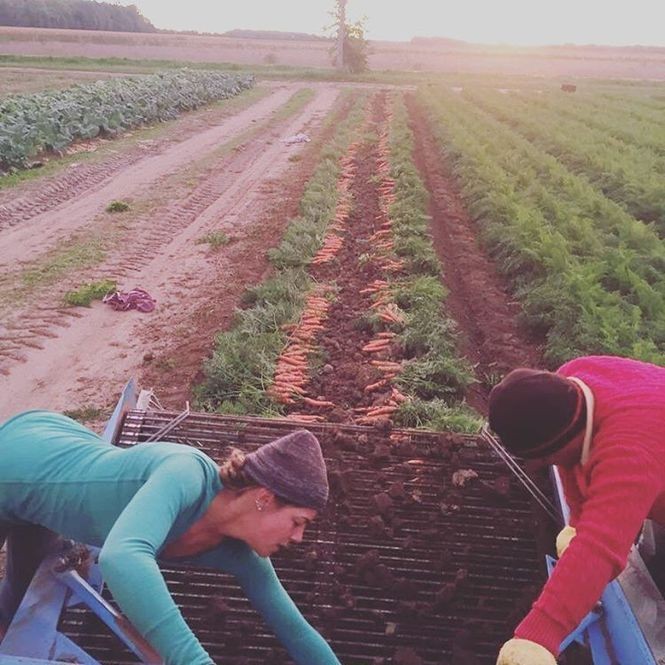 Transportation was the key to the operation. Instead of owning a fleet of vehicles, Farm Fare contracts small companies. Through Cullen's time spent working with delivery drivers at the Oberlin Food Hub, she found trucking businesses often had time to spare between jobs, as well as half-empty loads they had to drive around, which cost as much as a full truck but generate less revenue. Companies wanted to put drivers to work, they just didn't have the extra projects.

Food is transported from one of five hubs - Oberlin Food Hub, Local Roots in Wooster, Lake to River in Youngstown, Community Harvest in Ashtabula and Cleveland Culinary Launch Kitchen, which is soon launching the Cleveland Food Hub. Farm Fare's staff has a small office in Ohio City, but the bulk of their time is spent on-site working with the hubs.

Every buyer is assigned a "home hub" closest to them, but isn't limited to their offerings. It lets the hub workers get to know buyers on a one-on-one basis.

"Just recently, we had one of the food hubs in Wooster write this really personal note to a school it supplies," Naumoff says. "The school was really touched by that. You get to actually know who this food is from and who's procuring it. Food hubs are such a centerpiece of the local food economy - they act as translators between buyers and growers."

The technology also adds plenty of benefits to the farmers and buyers - truck tracking, invoices done with a click of a button and databases to help with labeling and the rare occurrences of recalls.

And the simpler things are made, the more likely you are to see a ripple effect of other restaurants that want to get in on the local food movement.

"You can place orders on the app in the same way you can buy from Amazon," Adiletta notes. "The restaurants and businesses that are already committed to buying locally aren't going anywhere. But if you really want to support the local food economy, you need to make it more convenient for the people who are less likely to go out of their way to buy local."

They see plenty of opportunity to take Farm Fare further. The app is currently in trial stages with groups in southern Ohio and Colorado. It's a model that could ultimately strengthen relationships between food regional food hub supply and logistics nationally.

"Our goal isn't just to sell more products," Adiletta says. "It's 'how do we fix the supply chain in a way that increases equity?' Farmers have taken home less pay for more and more work. How do we turn that around and make this work for everyone?"

The Day the Ag Census Became a Life Milestone